A very well presented Umkomaas Golf Club was the venue of our 1st game of 2018 and our 4th league game. Very little morning wind and this led to above average scoring, on a course that still remains a challenge with 12 x par 4’s.

The Drive-Rite Auto 1st prize was easily scooped up by Illovo Syrup with their team score of 150 points. Seldom do we see scoring of this nature with individual scores being 42, 39, 35 and 34. Our handicapper John Watkins will be in his element as his favourite pastime is cutting handicaps. Wally Kent from Illovo spearheaded their team points with 42 points and he sheepishly came up to collect his best individual prize as sponsored by SEW Eurodrive. Well done Wally. 2nd place went to Drive-Rite #1 on 128 (who were counted in) with 3rd place going to Form-Scaff 1.

Easy2Access, our website sponsor and sponsor of the Nearest the Pins, handed out bottles of red wine to Adrian Padt (4th), Robert Ueckermann (9th), Wally Kent (13th) and to Meagan Iyer (17th).
Sasfin, the sponsor of the 2-clubs, handed out 8 x sleeves of Callaway balls.

The AECI Plate final was contested between Sasfin and Acacia Operations and the former (previously known as AECI) took the honours by 2-points. Both Rama and Dennis from Acacia were thrilled with the win but more proud that they could take this longstanding trophy back to the AECI premises and one of the founding companies of this league.

Our next game is at Umdoni on 17th February and the Wilf Toy Knock-Out semi-final will be contested between RNP Consultancy and Illovo Syrup. 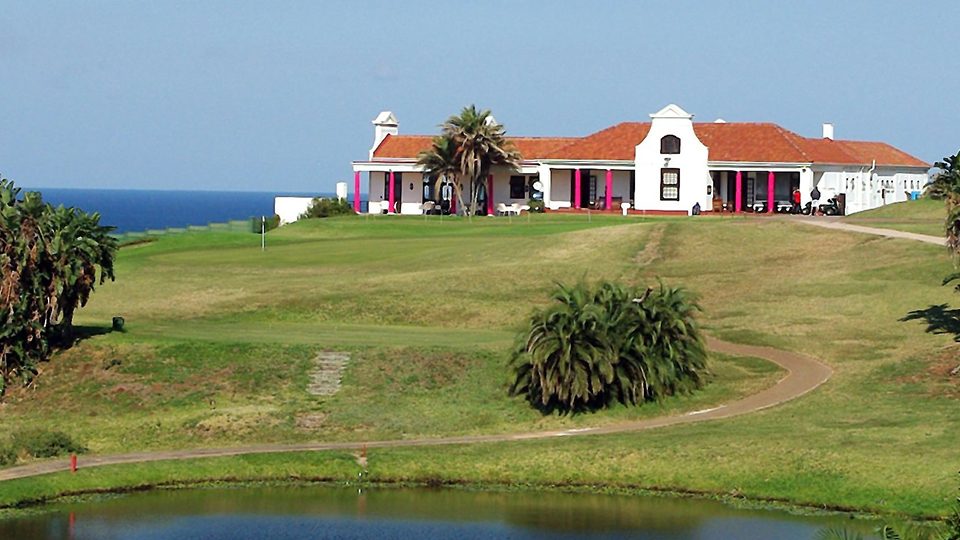